Teraju.Id, Cifor – The native forests of Borneo have been impacted by selective logging, fire, and conversion to plantations at unprecedented scales since industrial-scale extractive industries began in the early 1970s.

There is no island-wide documentation of forest clearance or logging since the 1970s. This creates an information gap for conservation planning, especially with regard to selectively logged forests that maintain high conservation potential. Analysing LANDSAT images, we estimate that 75.7% (558,060 km2) of Borneo’s area (737,188 km2) was forested around 1973. Based upon a forest cover map for 2010 derived using ALOS-PALSAR and visually reviewing LANDSAT images, we estimate that the 1973 forest area had declined by 168,493 km2 (30.2%) in 2010.

Using this distance, we estimate that 266,257 km2 of 1973 forest cover has been logged. With 389,566 km2 (52.8%) of the island remaining forested, of which 209,649 km2 remains intact. There is still hope for biodiversity conservation in Borneo. Protecting logged forests from fire and conversion to plantations is an urgent priority for reducing rates of deforestation in Borneo. (realease) 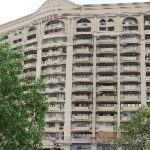 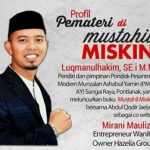