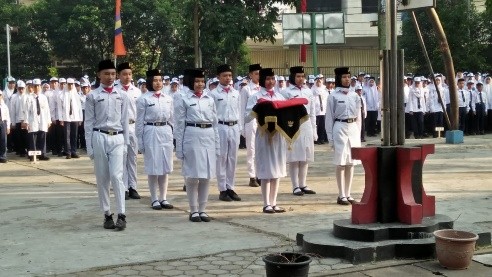 By All members of Journalistic Club of SMP N 1 Pontianak

We know Indonesia’s Independence Day was a couple weeks ago, but we can still feel the euphoria and the patriotism around us and those are the good things to keep up. SMP N 1 Pontianak celebrated Indonesia’s Independence Day starting from on August 16th 2018 until August 17th 2018. We held many games for the students. The games were for embracing the togetherness, mutual cooperation, and patriotism feeling in particular. Here we want to share to you guys, what we just did for the Independence Day. So please keep continue in reading this article. Enjoy, guys!

Exactly on Friday (08/17/2018) was the 73rd anniversary of Indonesia’s Independence Day. A flag ceremony was held on the yard of junior high school number 1 in Pontianak. It started from 7 to 8 a.m. All students of SMP N 1 Pontianak were lined up in a still order. They wore white and blue uniforms equipped with ties and hats. The flag was risen by the members of Paskibra SMP N 1 Pontianak. The guardian of the ceremony was Mr. Fahrulan.
There was also a very interesting marching band performance

a. Be number 1
During the Independence Day celebration, the school held many games, one of which was ranking 1. In which all participants competed to answer the questions given to leave 1 to 2 people to win. This game was participated by students from 7th to 9th grade. Each class was represented by 2 people. Many questions were given, for example the song writer of ‘Hari Merdeka’, an identifiable fabric in Indonesia, when was the implementation of the independence proclamation, and many more. From questions that were given, one by one the participants were eliminated, leaving 2 people who won this race, namely Arum Septian and Vanes Angelo from class 9C.

b. Water Relay
Check out the picture! In this picture they did some interesting game on Indonesian Independence day. The was “Estafet Air” or water relay. This game is kind of fun and interesting.This game teaches us to work together with our team.
When we play this game we just need to relay a plate of water to our teammate. The last person in our team will be the one who pours the water into a basin. The winner of this game will be the team whose basin has the most water. The game will be take place in certain amount of time. That’s it. Are you interested in playing this game?

c. Rubber Relay
This game was actually the last minute game. It was fun and simple. Tools and materials in need of rubber relay games are straw, rubber bands and Plate. Here are how the students played the game
1. The players faced each other
2. Every straw was held by the player’s mouth
3. The player who was in the front row had to take the rubber placed on the plate, and relaid it to next player
4. The player who managed to collect the most rubber bands was the winner

d. Sarung Soccer
Sarung soccer game is a playing style like futsal (3 or 5 players) by using a sarong (cloth) as a complement to compulsory clothes and accompanied by dangdut music to make noise. This game is considered common by the public. Usually the sarung soccer game is always held in the Indonesian Independence Day games. The benefits of playing this game are increasing self-confidence, reducing the risk of stress, fatigue, boredom and exhaustion, training player’s balance, increasing stamina and nurturing a sense of togetherness and cohesiveness. There is no accurate history behind this game. This game is quite popular in Indonesia, although not as popular as makan kerupuk. However, who thought this game was very fun! Interesting, right?

SMP N 1 Pontianak held Sarung Soccer game for celebrating Indonesia’s Independence Day on the yard of the school. “The games was lively, the competition committee also worked well, the main thing was that the games was fun,” Harry said—one of the winners of the second ranking Sarung Soccer games—the 8I class chairman. Harry also stated that the real benefit of this race was to train the cohesiveness with teammates. Also thanks to the provision of motivational words and prayers that made his team win in this games. “I’m happy, of course, because it can make the 8I class squad happy,” he added when we ask about his feelings when winning the games.

e. Low-speed Bike Race
On Thursday, 16th August 2018, in the morning SMPN 01 was held a competition to commemorate Indonesian Independence Day. The activities started from 8 am until end. There are 9 competitions, one of them is low-speed bike race.

Low-speed bike race is a competition to pedal bicycle as slowly as possible without falling, starting from the start line to the finish line with a certain distance. The winner of the race is judged from several aspects, such as how long he rides a bicycle and how he maintains the balance. Things that you should prepare before start the race is also a bicycle and a field. Like our school, they use the basketball field to play this race. Every classes must include one person in this competition, also with their bicycle. They will be three winners from every grade, like three winners from grade 7, three from grade 8, and three from grade 9. So, they are 9 winners. The winner will get some books for the prize.

We have interviewed some winners. This is the first time they joined this competition, because this year is their first year in this school. Or they don’t joined previous event. They joined this competition without any compulsion from their teacher. Pure from their deepest heart. They said that they felt a little bit nervous during the competition. Because they would compete with their senior or junior that maybe better than them. But, they also got some supports from their friends, classmates, or maybe their close senior too. They also had practiced before the competition. They practiced during playing with their friends near their house. They never thought that they would be the winner, because the opponent they saw was pretty good. They can be the winner if they are the longest person arrive at the finish line without falling.

f. Classroom Decorating Competition
There are nine class that won the Classroom Decorating, that is 7B, 7G, 7E, 8B, 8I, 8A, 9D, 9F, and 9A. The classes are very beautiful, clean, neat, and also fragrant. Each of them had a various decoration but still under the theme of ‘Independence Day’. There are some classes that used photo of heroes for the decoration, and some classes used flag for the decorate. In every class had a simple sink to make it easier for them to wash their hands. A comfortable classroom make some students not want to move from their class.That’s not easy to win the competition, because they have to work hard together for the best decoration.

g. Eating Kerupuk Race
The Eating kerupuk race is done by hanging crackers on a rope tied to wood or bamboo. Crackers commonly used are white round crackers, called kerupuk. In various regions there are also those who use crackers plus rice, or jumbo crackers. The benefits of this race are to increase self-confidence. The history of the creation of this competition was inspired by the condition of Indonesian society in the colonial era. At that time, food was very difficult to find. Even finding rice and crackers at that time was a blessing. Crackers and rice are the favorite foods of warriors. So to commemorate this, the Eating kerupuk race is always held every August 17 celebration.

SMP N 1 Pontianak held Sarung Soccer game for celebrating Indonesia’s Independence Day on the yard of the school. “This race is very exciting and thrilling because I have to compete with other competitors,” said Dwi, a 8H grade student, the winner of Eating kerupuk race—regarding this race. “I was very tense and I didn’t think I could win this competition. I felt happy,” he continued. Dwi also said, support and prayers from his friends made him enthusiastic and became a champion. 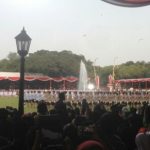 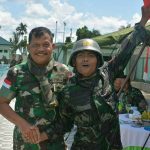 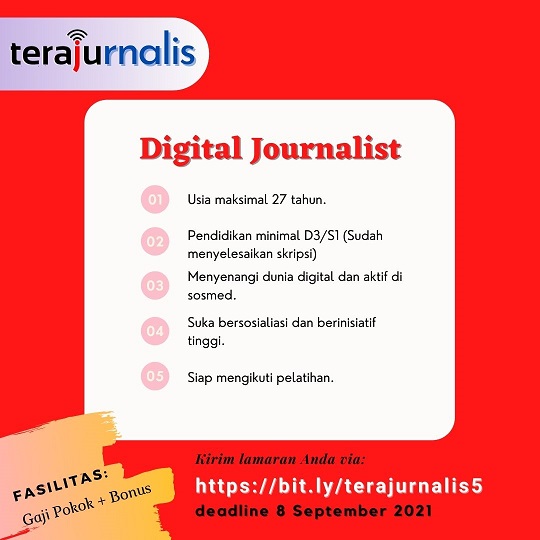