teraju.id, English— In 2016 a decree was issued by the Ministry of Education and Culture regarding the original design of the Indonesian State Symbol as one of the National Ranking Cultural Reserves.

Anshari Dimyati as one of the speakers of the National Quo Vadis Seminar on the Meaning of Heroism in Indonesia: Strengthening Indonesianness through Proposing SULTAN HAMID II as a NATIONAL HERO, at the seminar Anshari Dimyati who is also the Chairperson of the Sultan Hamid II Foundation said that in 2016 the Ministry of Education and Culture issued a Decree on SULTAN HAMID II as a NATIONAL HERO. The original symbol of the State by Sultan Hamid II as a National Ranking Cultural Heritage and requested the original design, but Anshari said “The draft will not be given until all of this becomes clear”.

Not only that, he also said that the son of the Indonesian proclaimer Dr. Meutia Hatta said, “since Bung Hatta was still there until he died, I have never heard that Sultan Hamid II was a traitor to the state.”

This proves that he really deserves to be appreciated as a hero of the country. 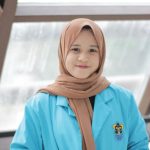 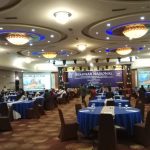