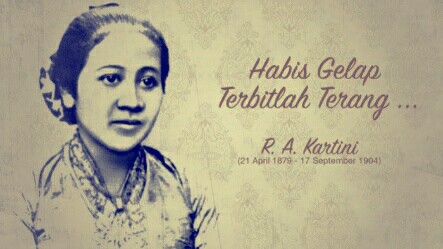 If in this day and age it is still difficult for women empowerment and emancipation of women, imagine how difficult it is before there is social media and various facilities that exist today?

Raden Ajeng Kartini. She’s an awesome priyayi that if we track her descendant, we will found that she may be related to Majapahit Kingdom, how awesome is that? She’s basically the oldest sister of all her sisters, yet when her older brother Ario Tjondronegoro became a regent and gave his children education, she thought “Hey, maybe this will help me in the future!” and BAM! She studied on Europese Lagere School, even though it’s only until she’s 12 years old because according to tradition, she’s ready to undergo pingitan.

BUT THAT DIDN’T STOP HER AT ALL! Kartini decided to continue her study slowly at home, and because of her ability to speak Dutch, she went all “I can start some correspondencies with friends in Netherlands!” And it actually worked! She has a loyal friend named Rosa Abendanon, that really really supports all of Kartini’s idea on empowering indigenous women and concerning indigenous women that on the current time had low social status.

All in Dutch language.

A lot of her writing has been published on magazines, and lot of it show that her concerns actually not only on woman emancipation, but also general problems on her society! She saw that the struggle for women to obtain their freedom, autonomy, and legal equality was just part of a wider movement.

On 1903, she had to undergo arranged married, that she’s really against at the first place. Maybe if that happened to us, a lot of us will rebel or do something, BUT She agreed to do the marriage, only to appease her ailing father. I dont care what you say she’s hella badass because not all of us will do what she did omfg.

Fortunately, her husband, Joyodiningrat aka Regency Chief of Rembang, understood Kartini’s aims! He allowed her to establish a school for women in the east porch of the Rembang Regency Office complex, aka Gedung Pramuka.

Kartini passed away a few days after gave birth to her only son, on 1904. Even so, after her death, a lot of people still get inspired by her! Example: the Van Deventer family established the R.A. Kartini Foundation which built schools for women, ‘Kartini’s Schools’ in Semarang in 1912, followed by other women’s schools in Surabaya, Yogyakarta, Malang, Madiun, Cirebon and other areas.

Also, don’t forget her published super amazing book “Habis Gelap Terbitlah Terang” that contained her collected letters to her friends in Europe about her thoughts, ideas, concern, and about society at her time.

In contrast, those who recognise the significance of R.A. Kartini argue that not only was she a feminist who elevated the status of women in Indonesia, she was also a nationalist figure, with new ideas, who struggled on behalf of her people and played a role in the national struggle for independence. BECAUSE I DO AGREE, IF BEING A FEMINIST ON 2020 SO HARD, I CAN’T EVEN IMAGINE BEING ONE ON 1890.

SHE’S ONE OF AN AWESOME WOMAN I’VE EVER KNOWN I SWEAR TO GOD.

The point is, Happy Kartini Day, people! Kartini has taken pains to open the path of emancipation of Indonesian women, why do we try to close the path with a lack of curiosity about many things and hatred?

Rike Rahayu is a volunteer, a student, and a writer. A Volunteer of AFS Indonesia, Bina Antarbudaya chapter Pontianak, and Kampoeng English Poernama. She was studying at Trilogi University in Jakarta and currently at Pontianak State Polytechnic.

She was writing 3 books, and shortlisted for Journalism Fellowship to Malaysia and Singapore in 2018. She has contributed to KEP's Literature Project. She lives in Pontianak. 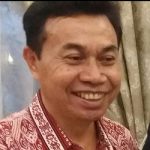 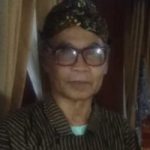