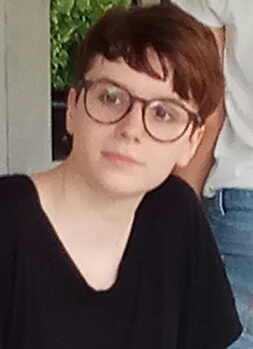 Dear reader, today I want to write about my first impression of Indonesia, particularly of Pontianak. Saya sudah menulis artikelnya dalam Bahasa Inggris karena saya masih pemula dengan Bahasa Indonesia. I hope this does not affect your interest in any way. In this article I would like to give you an idea of how a foreigner, coming from a Western country far away, feels about this city.

But first I want to give a short introduction of myself. My name is Carina and I am a student at University of Hamburg, where I started to study the language and culture of Indonesia in October 2017. I am right now working as a volunteer at Pusdiklat TOP Indonesia and Kampoeng English Poernama and this is my first time here in Indonesia.

The first thing I could see from the airplane arriving at Pontianak airport was forest. Even from such a high, one could perceive trees almost everywhere. An impression that intensified when I crossed the city to arrive at my home in Pontianak. Of course we also have trees and forest in Germany, but I would have never guessed that Pontianak would be that green. Also the vegetation here differs a lot from the one we have in Germany: Palm trees, banana trees, hibiscus flowers plants that can not survive a harsh German winter. And here they grow everywhere, in the wilderness area! Since my home is at the edge of the city, in a very calm camping, I can enjoy being close to the nature even more. And at night I love listening to the sound of the crickets, a sound that one only can sense in the countryside of Germany in summer.

Another thing that stuck me was the traffic: Instead of using a car, the majority here uses motorcycles. I think this is maybe due to the weather. It never really gets cold here whereas in Germany it is almost impossible, not to say even dangerous, to use a motorcycle in winter, since the streets often get slippery. And those vehicles also shape the smell of the city, especially in the center of the city it smells a lot like exhaust fumes and they cause a lot of noise. Also the way people here are driving distinguishes from Germany. We have really strict traffic regulations and speed limits and one has to pay a lot of money if one does not adhere to them. In Pontianak I often feel that there are no real rules and one can drive as fast as one wants to. I learned that people here often start driving at a very young age. So even children drive a motorcycle sometimes. This would be impossible in Germany: We only can start driving a motorcycle at the age of 16. Also the police is a lot stricter when it comes if one possesses a driving license or not.

Another difference between Hamburg and Pontianak that I would like to talk about is the weather, of course. In Germany we have four seasons: spring, summer, autumn and winter. Summer is the hot season (but the temperature also depends on the region in Germany, with the south usually being hotter than the north) with long days and short nights and winter the cold, dark season (with snow falling in some regions in Germany). I have learned, that in Pontianak there are only two seasons: musim hujan and musim kemarau. Furthermore the weather here is really humid which makes me feel even hotter. But after some days I feel like I got pretty much used to the heat. I even like it, knowing that it is still winter in Germany and I can enjoy the sun and the heat in Pontianak. One thing I still wonder about is, why it is cloudy almost every day, even though the sun is supposed to be there. I am asking myself if this is maybe due to the fires burning down the rain forest, or maybe the side effect of the industry here?

The next topic is my favorite topic: food. I have never eaten Indonesian food in Germany so I was really looking forward to try as many different dishes as possible. Before coming to Pontianak the only thing I knew about Indonesian food was, that people here eat a lot of rice. Rice for breakfast, rice for lunch and rice for dinner. I have not found one single person here who does not like eating rice and people here even eat their noodles with rice. Maybe one can compare the meaning of rice for Indonesian people with the meaning of bread for us Germans. We have all kinds of bread: dark bread made from whole grain, white bread made from wheat, rye bread, spelt bread and I did not even mention the sweet pastries that can be found in every German bakery. Bread is a popular breakfast, sometimes, when we have a cold dinner, we also eat bread with cheese or cold cuts. The next thing that surprised me was, that almost every dish is accompanied by meat. For your understanding, meat is usually expensive in Germany, so it is still kind of special to have meat. But here people eat a lot of meat, especially fried chicken. In general, meat and also vegetables are usually fried in Indonesia, I have been asking myself if there was a special background as to why almost everything gets fried before it is served. The first time I had nasi with ayam in Indonesia I was astonished to see people eating by using their hands. A thing I could never imagine doing in Germany! Also I would have never thought Indonesian food could be that spicy. Many dishes are accompanied by sambal, which for my taste is usually really spicy. At the beginning I accidently put too much sambal on my chicken and could therefore hardly eat it. Luckily, by now I know better how much sambal I should put on my food.

Those are only some main impressions I have had so far from Pontianak and I could go on like this for pages. I would be delighted if my article gave you an idea of how different Indonesia is from the place I come from in Germany and that you liked reading it. Terima kasih! * 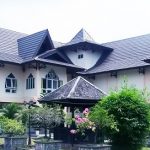 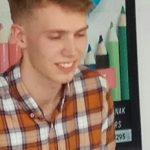